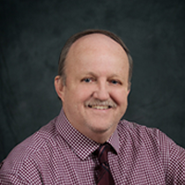 He is a lifelong Staten Islander, graduating from Port Richmond High School before receiving his BA from Niagara University in 1973.  Gary also obtained an MBA from Wagner College, and received his JD degree from Seton Hall University School of Law in 1982.  He is admitted in New York and in the federal courts of the Southern & Eastern Districts of New York.

Prior to private practice, Gary worked for a large re-insurance company drafting contracts between multiple insurance carriers, including Lloyds of London, sharing risk on large projects.

He has volunteered with the American Cancer Society and was a recipient of their Sword of Hope Award, as well as with the Staten Island YMCA and CYO where he coached in their baseball programs for many years.

Gary is a member of the New York State Bar Association, the Staten Island Collaborative Law Group, and a member and former director of the Richmond County Bar Association.